Once upon a time two explorers came upon a clearing in the jungle. In the clearing were growing many flowers and many weeds. One explorer says, "Some gardener must tend this plot." So they pitch their tents and set a watch. No gardener is ever seen. "But perhaps he is an invisible gardener." So they set up a barbed-wire fence. They electrify it. They patrol with bloodhounds. (For they remember how H. G. Wells’s The Invisible Man could be both smelt and touched though he could not be seen.) But no shrieks ever suggest that some intruder has received a shock. No movements of the wire ever betray an invisible climber. The bloodhounds never give cry. Yet still the Believer is not convinced. "But there is a gardener, invisible, intangible, insensible to electric shocks, a gardener who has no scent and makes no sound, a gardener who comes secretly to look after the garden which he loves." At last the Sceptic despairs, "But what remains of your original assertion? Just how does what you call an invisible, intangible, eternally elusive gardener differ from an imaginary gardener or even from no gardener at all?"
(Antony Flew, "Theology and Falsification", in: Joel Feinberg, Reason and Responsibility: Readings in Some Basic Problems of Philosophy, 1968, 48-49)

Once upon a time two explorers came upon a clearing in the jungle. A man was there, pulling weeds, applying fertilizer, trimming branches. The man turned to the explorers and introduced himself as the royal gardener. One explorer shook his hand and exchanged pleasantries. The other ignored the gardener and turned away: "There can be no gardener in this part of the jungle," he said; "this must be some trick. Someone is trying to discredit our previous findings." They pitch camp. Every day the gardener arrives, tends the plot. Soon the plot is bursting with perfectly arranged blooms. "He’s only doing it because we’re here - to fool us into thinking this is a royal garden." The gardener takes them to a royal palace, introduces the explorers to a score of officials who verify the gardener’s status. Then the sceptic tries a last resort: "Our senses are deceiving us. There is no gardener, no blooms, no palace, no officials. It’s still a hoax!" Finally the believer despairs: "But what remains of your original assertion? Just how does this mirage, as you call it, differ from a real gardener?"
(John M. Frame, "God and Biblical Language," 1974, 171. Wer mehr wissen will, der klicke hier.)
um 16:05 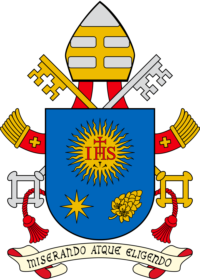 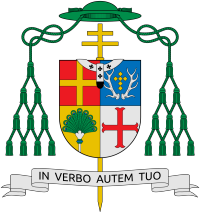